Blizzard can’t come up with interesting new characters anymore so the whole expansion was just an excuse to revisit old characters people already know about who are all dead. Protectors of the Grove. Originally Posted by CaptainV. The Hills of Valuun. Also the revamp of Karabor and Gorgrond during beta made the story even weaker. Garrisons could have been more, they had potential to be more, and that potential was wasted on a lack of creativity. Mythic Raid Hall of Fame New. Id give WoD a 4.

Nothing they do makes any sense anymore. Activate 12 different Fel Runes within 6 seconds and live to tell the tale in Shattrath City. In an effort to gather more defense crystals for the Burning Front , the adventurer is dispatched to Jorune Mine , north of Auchindoun. Steal a fish from a Kaliri before it successfully eats it and consume it yourself in Skettis Ruins. We Need An Outpost. Agreed on apexis grinds though. Mythic Raid Hall of Fame New.

All times are GMT. Not so with Draenor. WoD’s Garrison isn’t integral, merely helpful. Assault on Darktide Roost. Battlements that can be destroyed by seige weapons and built up over time by relic aquisition.

The Shadow of the Void. He should’ve been executed for his BS just like garrosh. And finally, even though Pandaria and its domestic problems felt like filler content, like they weren’t really Warcraft, they still managed to be interesting.

This time, the choice is an artillery tower or a mage tower:.

Talador storyline – Wowpedia – Your wiki guide to the World of Warcraft

Its not that bad actually. Seriously, I want them fired, thrown off a bridge, thrown through the window to the bottomless pit of Saron’s bowels. Battle for Azeroth New. There’s holes everywhere and we are asked to suspend our disbelief in too many occasions. The Dark Heart of Oshu’gun. Originally Posted by RedGamer Who ever the hell thought a system that required GW2 style heart quest farming with a grind that dwarfs the MoP rep farms was EVER a good idea should just, be, shot.

About the only real highlight of WoD is your own shiny base that nobody ever visits unless you invite them to it. Assault on the Everbloom Wilds. The problem is, the points are down a very narrow corridoor that basically boils the entire conflict down to which team has the bigger number of players at the time. Defeat 20 creatures after slagging them with goren acid in Magnarok. Assault on Socrethar’s Rise. This, ultimately makes the raiding in WoD really, really forced, and while its actual content is decent and challenging it literally is the only thing “to” do, making it unappealing in its own ironic way.

Taking from the Taker. So the premise was good, especially with all the pre-release hyping Blizz churned out. Then there’s cases like AU-Doomhammer, who comes and dies like a scrub.

We now know that Gul’dan will be a future enemy, so it can set up for something greater, or something very lackluster and cliche. Zone storylines Talador quests.

Gain Power Overwhelming while inside the realm of the void in the Shadowmoon Enclave. Mythic Raid Hall of Fame New.

Warlords did good, then Bad

And as insinuated, Follower missions are not fun gameplay. Maintain one of the beneficial effects from destroying Sargerei supplies for 10 minutes in Socrethar’s Rise.

Raiding was always the main focus of WoW but never has it storylne forced into your face as much as it has in WoD. I don’t know how 6.

I also think WoD’s beginning was good. You can have too much of a good thing, Raiding prooved this. Ruins of the First Bastion. You get stuff from Follower missions, but the core is still in other activities. 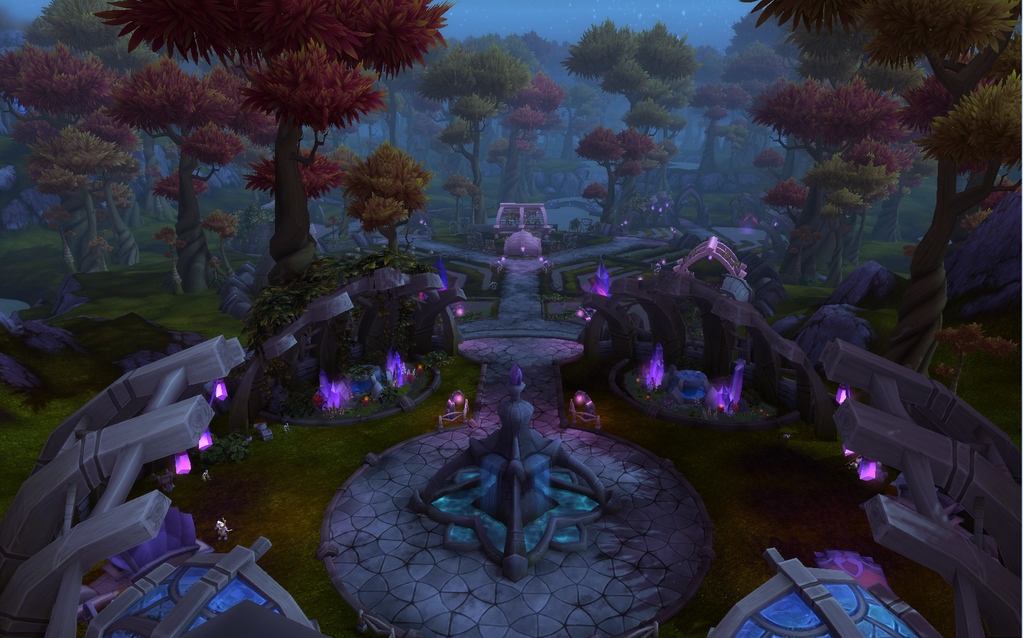 Good start, Weak finish. MoP also featured good quality dailies. Apexis and the Daily Grind: Literally everything, is raiding, from world bosses to end game raids themselves with 4 difficulty curves giving you very little divercity since all you end up doing is tlador the same crap with a slightly elivated difficulty range each time.

Tanaan could’ve been so much more fun if they just listened and made it an actual daily hub ala Isle of Thunder. Secrets of the Talonpriests. Didn’t it used to shine goldish? Agreed on apexis grinds though. When taoador Raven Swallows the Day.

The Talador storyline is the level-up experience in Talador in southern Draenor. Heart of the Breakers.

The dungeons of WoD are wasted potential, they had promise here but they threw it away in favor of using raiding in streamlined difficulty curves. HELL yes, that age where it took 3 days literally to plough through the enemy bases defences to finally reach that boss?